The end of last week I promised myself that I would do a run at some point over the weekend. It wasn’t on Saturday.

On Sunday I was due to meet a friend to go to hot vinyasa at 10am but I slept in and ended up going to Yin at midday instead. All plans to go running beforehand didn’t materialise. Yin was excellent and I am really noticing the improvement in my flexibility, although Dragon pose remains wildly uncomfortable. I realise this is the posture I need to keep returning to as painful as it is.

I thought I could run before returning to the studio for wheel conditioning class. Instead I went home and pottered around the house, putting off the running yet again.

I really enjoyed the wheel conditioning class as I could focus on my mid-upper back  tightness for the second time in the weekend. Doing frequent sessions like this should really help so it’s important to not get complacent.

After wheel class I was talking to some of the other yogis at the studio who were raving about a hot Pilates class that is on Monday morning at 06:30 and I semi-committed to going along in an attempt to force myself to have an early night and actually start the week with an early and healthy start.

When I got home from yoga I finally bit the bullet and went for that run. 5Km in 32:02. There was a bit of walking and I did not love the experience, but it helped give me some much needed headspace and I met my goal of 2 runs before the week was through, even if I disliked them both!

At the end of day 57 I have done some form of exercise on 53 of the days, I have completed yoga classes 20 & 21 of 30, met my running goal for the week and had also put a plan in place for the week ahead.

The key for me meeting my weekly goals is to not drink alcohol and to go to bed early enough so I can get up earlier without compromising the amount of sleep I need.

On the alcohol front; Sunday marked a week without any alcohol, not even on the weekend. It was also the end of 3 weeks of intermittent fasting and I have lost 4lbs since I started which I am pleased with. Still a way to go mind, but having plateaued for the first 6 months of this year to finally seeing a physical change feels good. 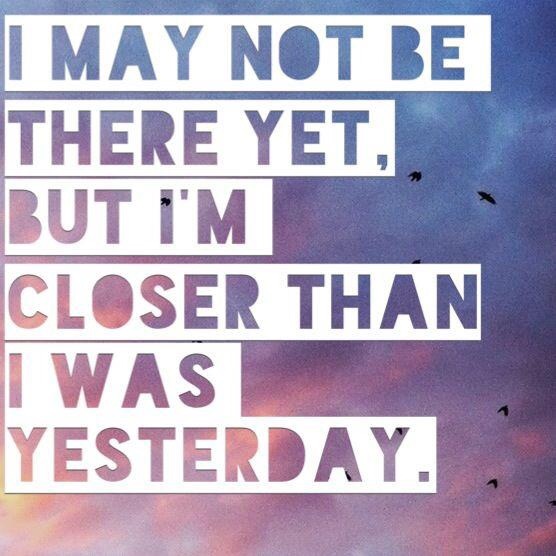