Ok, well technically it is day 2, but let me tell you about yesterday – which was day 1.

I’ve had a cold for about a month. I had to cancel my plans for NYE as I was just feeling low and full of cold and tired. Maybe dragging myself out would have been good and I know I would have had fun as my friends sure know how to party.

However, I knew that if I went out then January 1st would have been spent with a hangover. Who am I kidding? I’m 36, it would have been a 2 day hangover, with comfort eating whilst permanently attached to the sofa, and crying at movies and probably at adverts – which is about as bad as it gets.

So I spent NYE at home, and I was in bed shortly after watching the London fireworks on TV and I woke up on January 1st with all these aspirations and hopes and sod all motivation. Typical.

After many hours of avoidance I eventually put on my running gear to head out for a pre-planned 8Km run. Over the last 2 months I’ve not run further than 6 and a bit kilometres so 8Km would be a bit of a challenge. In my head I thought that anywhere between 6 and 8 would do, or just leaving the house at all, that would be a start!

As I went to leave the rain was falling pretty heavily and then I couldn’t find my Garmin so I was in doubt about going at all. It occurred to me that I could hardly fail on day 1 of the challenge though! So I took a big breath and walked out the front door, into the blustering cold and began to run.

At around the 4th kilometre as I was jogging up a hill a guy ran towards me with his hand up ready for a high five. It really cheered me up how supportive the running community can be.

Later on, as I go towards the 7.5Km point I saw a girl sitting on a stump under a tree. It was heavily raining, she was soaked through and clearly distressed. I began to run past and turned to her contemplating what had led her to be there, alone and upset, on New Years Day.

I stopped running and walked over to her, asking if she was OK. Her solemn face was wet with rain and tears as she spoke to me. We chatted a while about her night and she told me that she had had a fight with her boyfriend and she had walked out. After a little while she agreed that I could walk her home and on the way we bumped into one of her friends who was out looking for her.

It was this interaction that made me realise how far I have already come on my journey, but also how easy it is to fall back there, to be pulled back in without realising, or no matter how hard you fight it.

Yesterday I ran 10Km. They were slow and fiercely wet, but I ran every step of the way and I felt AMAZING for having done so. 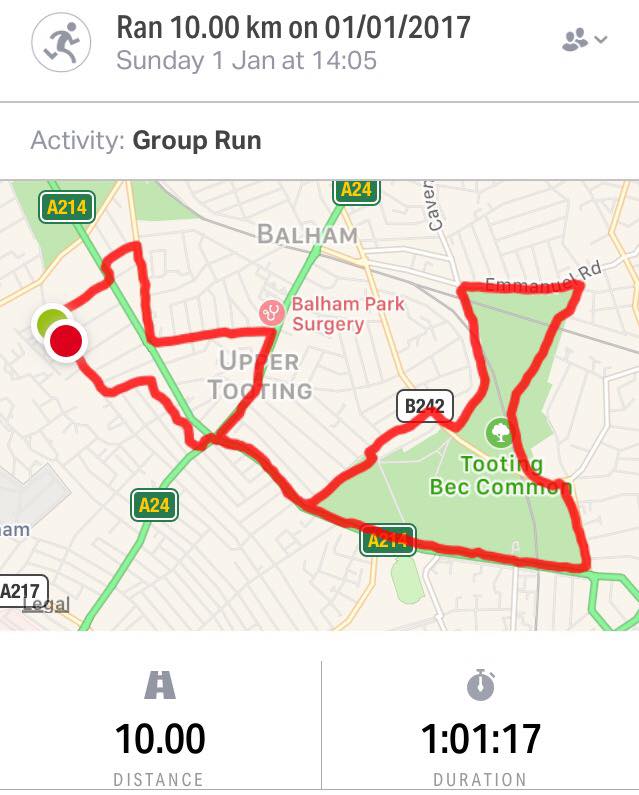