Well that was not the fun route I remember! Last time I ran Bedgebury Pinetum I did the 10Km route and remember it being beautiful and undulating.

Steve ran it with me and I was greatful for the support. We completed it in 2 hours, 31 minutes and 50 seconds. It’s an ok time for a hilly trail run but over the last 2 years I’ve not seen my times significantly improve.

I haven’t been doing hill training or intervals in such a long time so I can’t really expect my pace to change, so I think this is going to be my new goal. I want to get my 10Km under 1 hour and I would like to run a 2 hour 15 minute half.

This morning I woke up and had a reminder on my Facebook that I used to run a sub-50 10Km. Granted it was 6 years ago, but I’m sure with better and consistent training my times could improve. Consistent training; that’s the key!

I mean, that’s pretty quick at 5mins per Km, I’m currently still nearer 6.5mins per Km and that half was like 7.5 per Km.

Did I mention the hills? 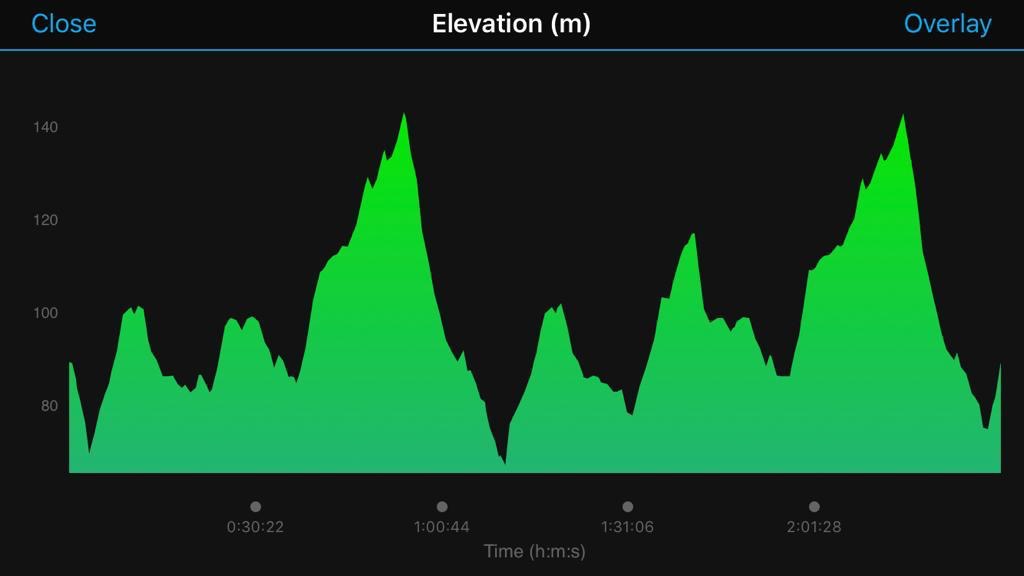 The last hilly half I did was in Bewl Water last year and took 2:33:46 and this one was hiller so there is a little improvement I guess.

My fastest 10Km Race last year was in Battersea Park in August and took 1:00:57. This year the fastest was Regents Park and took 1:02:29. Steve and I have booked our last race of the year to be a Regents Park 10Km in December. It’s only 2 weeks away now, but maybe we can beat that time with some interval training between now and then. It would be ace to finish the year on a sub-60. Maybe optimistic, but it’s worth a shot.

Last week was a mess. I had a lot of long days at work, a lot of travel and an assignment due for my Masters which I was getting up early to write and had to stay up late at night writing too. As such, since the half I have done a few rounds of sun salutation and today I went to Yin, but that’s it. But, I have to remember I can’t do everything all the time.

That said, the lack of exercise made me feel shit. Fat, bloated, tired, back ache. I just need to do a little something everyday, because looking back over this month I’ve had 11 rest days, and it doesnt sit well.

I have decided to challenge myself for the next 4 weeks before Christmas to do a little exercise everyday. Today I’ll write up my plan and really commit to my health over December to get myself set up for a healthy and happy new year.

I can’t believe it’s nearly the end of the year! Next week I am predominantly in London which means I can get on top of my plans. Then I am in Finland for 5 day so although I’m away I’m based in one place so should be able to workout there and I think there is a hot yoga studio near where I’m staying too. Then the last few weeks I am based at home so can really get to it!