It’s been a while since I blogged and I am not really sure I remember everything that’s happened, but here goes….

I took a rest day on 1st September because this would have been my sisters 39th birthday.

Lucie, my sister, died 17 years ago and every year since I am aware of certain dates that sting that little bit more than the rest; her birthday tends to be one of them.

In previous years I have really not managed these trigger days so well, I’d drink heavily or go off the rails in some way and so I now try and make a real concerted effort to nurture myself in the run up to and over these days.

This year I arranged to have a nice vegan lunch with Giles and a relaxing rest of the day with no expectations. I also gift myself something nice on her birthday each year to help soothe my soul. This year I bought a gold and opalite necklace.

Opalite is thought to help clear chakras and to assist with verbalising thoughts. It also looks real pretty! I love it.

So although the day was hard I looked after myself in a healthy and kind way, and found the day less difficult than normal because of it.

On the Saturday I went to Yin at midday and ran later in the afternoon. Yin was incredible. I made an audible groan when the teacher said we would spend the class focussing on hip opening; a real challenge for me. Yet I felt like I was really flexible, tolerant of the difficult postures and able to hold the postures to time with relative ease. I feel like I am beginning to get the benefit of all the yoga I have done this year and where 6 months ago I found some postures impossible, now I am capable. It sounds ridiculous but even the increase from 10 to 14 postures seems to be positively impacting my body.

I realise that if I can keep up doing 4 classes a week for the rest of the year I will end the year with an average of a class every other day this year, which is immense. Could this be my new intention for the last 4 months of 2017!?

In the late afternoon I ran the tempo run I had been avoiding all week. I ran it on the treadmill to help my pacing and ran a total of 7.2Km which I was pleased with.
Then on Sunday 3rd I took another rest day. I was due my long run but my feet hurt so severely I couldn’t bear weight in the morning and didn’t think running or even yoga was a good idea. Yet another reminder that I need to get my feet looked at!

On the morning of Monday 4th I did a 50 minute bike LISS session before work. I had a training plan for the week but it just didn’t work out that way.

On Tuesday 5th I had a day trip to France and had to get up at 04:30 so I was pleased that I managed 2 rounds of sun salutations first thing. I didn’t get home until 10pm so exercise was out of he question and on Wednesday 6th I was knackered from the previous days travel and training course so only made it to a 60 minute yoga class. I totally loved the class but I felt really exhausted for hours afterwards. I was due to run later but just couldn’t face it and so suddenly I got to the end of Wednesday with no runs competed all week; which is not ideal as the half marathon is not that far away.

My plan for Thursday 7th was to finally get a run done and to go to yoga, but after work I went for a couple of drinks and ran out of time to do both. I should have made it my priority to exercise as I haven’t done as much as I could have this week. I still made it to the gym to run my intervals and covered 7.41Km which I was happy with.

On Monday 11th I was due to visit my bestest old friends mum who was diagnosed with cancer in May. I learned on Thursday that she had been moved into a hospice and was deteriorating in health. We decided it better that I bring forwards my visit to Saturday.

So, with a heavy heart I went to my yoga class on Friday night and I decided to dedicate my practice to Alex’s mum, a way to send positive vibes and love her way. This particular class is practiced to music and I took it gently, giving myself and  Doreen kindness, love and energy. During the savasana I was lying on my back, meditating as I normally do at this point, with my eyes closed, and there was just a moment when I thought of Doreen and opened my eyes as I felt a wave of grief washing over me.

I later learned this was the time at which Doreen passed away.

I’ve known her for 35 years and felt devestated that I missed the chance to say goodbye, I feel so sad that my friend has lost her mum and that Doreen won’t be at Alex’s daughters 1st birthday in November. Like with all grief I feel like the biggest loss is all the things that won’t happen now that person is gone. Sadness too for the life they lost and for the hole they leave, but really all the events that have to take place without them….that’s when it really hurts.

I’ve cried, but I’ve mainly focussed on my breathing and yoga. I woke on Saturday and went to a 60 minute class to clear my head before visiting Alex. I stayed until Sunday afternoon with her and her family. I mainly made teas, gave hugs, and as the day went on I poured wine. We ate, drank, laughed and cried. Doreen was missed.

I realised that on Sunday evening, Monday and even Tuesday that my brain was in a fog. I couldn’t really concentrate and I know this is how grief feels. I’ve felt it too many times before.

On Monday I went to a hot flow class at lunchtime and I found it really calming and soothing. We practice some meditation and the beginning and end of class which felt like exactly what I needed.

I’m away from home from lunchtime on 14th to the end of work on 20th with the exception of a nights sleep at home on the 18th. So I feel I run the risk of feeling a bit unsettled at a time I am grieving and am conscious I need to do things that let me feel present with myself and everything that’s going on right now.

Before going away I managed an intervals training session on Tuesday, running 7.16Km. Then I went to another lovely flow class on Wednesday. I could have done more but I have been feeling tired, bereft, and in need of some less intensive exercise.

Down route on my travels I knew I’d have to make a real effort to find time for exercise but, when I woke up this morning I had the time and intention for a run, but my body just wanted to rest. So instead I slept in a bit and then did 60 minutes of Bikram yoga in my hotel room. I even struggled with that, I felt distracted and wasn’t really feeling it at all. I’ll get to my hotel at around 4pm this afternoon and still plan to run.

I’m staying at an airport hotel and I am not sure it’s a great place for an outdoor run and I think it may be that hotel with the treadmill in front of the mirror that I have written about before; damn it. So I’m just going to see how things look when I get there and get some sort of exercise done! 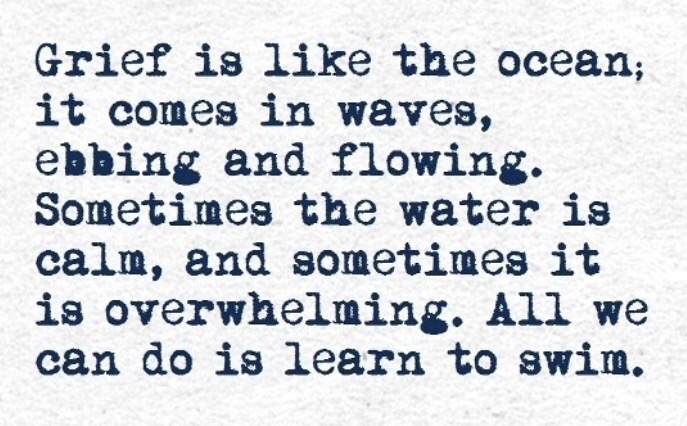 One thought on “Sadness in September”